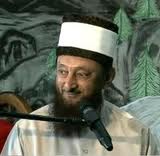 Imran Nazar Hosein is one of the most influential thinkers and intellectuals in the world especially in the Caribbean islands. He is a specialist in explaining realities in terms of Islam as well as in philosophy, politics, economy, international affairs, eschatology and modern issues. The evidences depict that; from his early life he dedicated himself for the sake of Islam.

Imran Nazar Hosein was born in an Indian family in1942 in the Caribbean island of Trinidad in South America. His parents come from India as bonded laborers. Currently, he is living in Trinidad.

In his professional career, Imran Nazar appointed as a Foreign Service Officer in the Ministry of Foreign Affairs of the Government of Trinidad and Tobago and served there for many years but resigned in 1985 to spend much time in preaching Islam.

Besides, he led the several well known educational, Research and Dawah institutions ingeniously as well as presents himself as an ideal rector of Islam and peace. He is the former Principal of the Aleemiyah Institute of Islamic Studies in Karachi, Pakistan, Director of the Islamic Institute for Education and Research in Miami, Florida, Director of Research of the World Muslim Congress in Karachi, Pakistan, Director of Islamic Studies for the Joint Committee of Muslim Organizations of Greater New York and Director of D'awah for Tanzeem-e-Islami of North America.

Moreover, he was the Imam at Masjid Dar al-Qur'an in Long Island, New York and delivered the lecture at the United Nations headquarters in Manhattan once a month for ten years constantly. He is eminent for leading Juma'ah and Eid prayers and its related speeches. 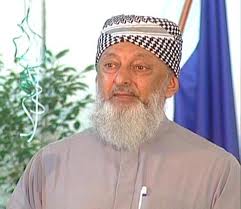 Since 1971, he began his journey around the world to fulfill his mission 'Spreading the true message of Islam' and delivered speech on Islam in many American and Canadian universities, colleges, churches, synagogues, prisons, community halls and similarly took part in many inter-faith dialogues with Christian and Jewish scholars.

He has also written many articles and books on Islam and wrote the first book on 29 ages entitled 'Islam and Buddhism in the Modern World' which is the only book on the subject by a Muslim scholar. His best seller book 'Jerusalem in the Qur'an - An Islamic View of the Destiny of Jerusalem' has been translated and published in several languages.

Some of his books are The Gold Dinar and Silver Dirham - Islam and Future of Money, Dreams in Islam - A Window to Truth and to the Heart, A Muslim response to the Attack on America, Jerusalem in the Quran,The Religion of Abraham and the State of Israel - A View from the Qur'an,The Caliphate, the Hejaz and the Saudi-Wahhabi Nation-State,One Ameer, One Jamaat - The organization of a Muslim Community in the Age of Fitan,Islam and Buddhism in the Modern World, The prohibition of Riba in the Qur'an and Sunnah,The importance of the prohibition of Riba in Islam, The Strategic Importance of the Fast of Ramadan and Isra & Mi'raj,The Qur'anic Method of Curing alcoholism and drug addiction, George Bernard Shaw and the Islamic Scholar,Surah al-Kahf: Text, Translation and modern Commentary,Surah al-Kahf and the modern age, Signs of the Last Day in the modern Age, The Islamic Travelogue (Two different travelogues exist),An Islamic view of Gog and Magog in the modern Age.

some articles are Ten major signs of the last day-Has one just occurred, A Bhutto is a Bhutto, the marriage of a Muslim princess, Israel's piracy, Gaza's starvation and our Berlin wall,Surah Fatiha and spiritual quest, the women of Islam in the house of Allah, Islam and the seasons of our lives, the Qur'an,the family and crime,islam,murabaha and fixed deposits, the philosophy of gender in Islam, the Qur;an,secularism and crime, women and paradise in Islam and Ihsaan-the spiritual essence of Islam etc.

Some important video lectures are, Islam and UN organization, morals and character for the Muslim youth, the strategic importance of Islamic spirituality, Muslim village

Finally, it can be said that, the love and ardor of Imran Nazar Hosein to Islam has proved by his activities and steps.we, the youth may enrich our volume of moral guidelines from his life to lead a meaningful life. To know more one can visit" www.imranhosein.org.