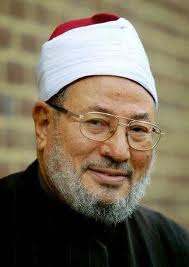 Yusuf Al- Qaradawi was born on September 9, 1926 in an Egyptian Muslim family. He lost his father at two years old in 1928 and brought up by his uncle. Though his family pressured him to be sources of income, he had few concentrations about that, due to fulfill the thirst of knowledge. He concentrated in reading Quran and memorized it when he was 9 years old boy.

It should be noted that he was very pious from his childhood which made him a follower of Hasan Al Banna, the great Muslim scholar in that time. He gathered much knowledge from his teachers and leaders. Before moved to Qatar to his uncle, he attended in the Al Azhar university in 1928.

He came back from Qatar in 1940 and joined at Al Azhar to restart his study. Then he joined the Faculty of Theology and got the `Aliyya certificate (equivalent to BA degree at present) in 1952-53. He got also the ‘Ijaza of teaching from the Faculty of Arabic Language in 1954.
In 1960 he obtained the High Preliminary Study which is equivalent to MA degree from the department of the Sciences of Qur’an and Hadith at the Faculty of Theology. In 1973 he got the PhD. degree with his dissertation about Az-Zakah wa-Atharuha fi Hall al-Mushkilat al-Ijtima`iyya (Zakah and its Influence in the Solution of Social Problems.)

Actually in his life he tried to ease off the Shariah within the obligations in practical life. So in his early life, he delivered much speech and writings for Islam and against monarchy and was imprisoned  more than three times in 1949 when his book ‘Tyrant and the scholar’ was published.
Al Qaradawi is now one of the most eminent scholars of Islam. He has been trying to provide practical solution on current world problem which are in integral part of Muslim life. These problems cover suicide bombing, terrorism, alcohol, Homosexuality, conflict between Israel-Lebanon, Israel-Palestine and other basic Shariah rules and obligations such as Hijab, religious rights. For his contributions, he is known as moderate Muslim scholar on religious and social matters.

Moreover, he has been struggling to depose misconceptions and misinterpretations about Islam and to provide exact and superior solutions on various issues through his writings and speeches.
He has published over 100 books dealing with various aspects of Islamic life, literature and poetry. His best known books include: The Lawful and the Prohibited in Islam (1960), Priorities of the Islamic Movement in the Coming Phase (1990). Approaching the Sunnah: Comprehension & Controversy , Islamic Awakening Between Rejection and Extremism and Priorities of Islamic Movement.

Qaradawi served as Dean of the Islamic Department at the Faculties of Shariah and Education in Qatar, and as a Chairman of the Islamic Scientific Councils of Algerian Universities and Institutions. He was also a faculty member at the Michigan-based Islamic American University (IAU), a subsidiary of the Muslim American Society. Until at least June 2003 he was Chairman of the IAU Board of Trustees.
Sheikh Yusuf Al-Qaradawi is the head of the European Council for Fatwa and Research (ECFR), and the president of the International Association of Muslim Scholars (IAMS).

He is popular for his ‘Al Jazeera’ program named ‘Ash-Shariah wal hayat (Shariah and life) and for website “Islam online” that he helped to found in 1997, where he offers opinion and religious verdicts (Fatwa) and provide possible solutions based on Quran, Hadith and strong logic. He delivered many speeches in his interviews given in different media.

He worked as a khatib, teacher, and writer at Al-Awqaf and Al-Azhar. Many scholars consider him to be a mujtahid of the Modern Age. He has been active in the field of da`wah and the Islamic Movement for more than half a century.

Dr. Yusuf is also well-known in Bangladesh as a moderate Muslim scholar. Many of his books are available in Bangla language. We should study those books to clarify the concept of Islam. Finally, it can be said that, we have lots of things to learn from this great scholar’s life and works.
এর দ্বারা পোস্ট করা Unknown এই সময়ে ৫:১৬ AM কোন মন্তব্য নেই:

Dr. Monzer Kahf: The modern Islamic economists of the world

Dr. Monzer Kahf: The modern Islamic Economists of the world 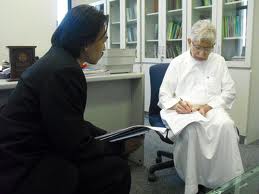 He is also well-known in Bangladesh and visited it to participate in an international conference on economics arranged by Islamic economics Research Bureau (IERB). His books are also available both in Bangla and English in our country.
“Islamic economics has effective tools and can solve economic problem of human life successfully”Dr. Chapra proved it easily, which illustrates the superiority of Islam. We should study Islamic economics more carefully to present it as the best solution for humanity.
এর দ্বারা পোস্ট করা Unknown এই সময়ে ৫:০৩ AM কোন মন্তব্য নেই: